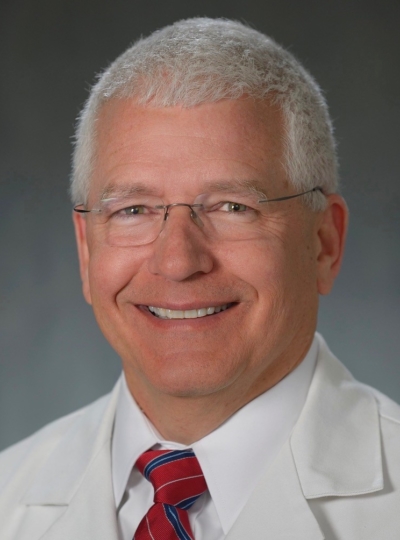 Dr. Ashburn is professor of Anesthesiology and Critical Care and a Senior Fellow of the Leonard Davis Institute of Health Economics at the University of Pennsylvania. He is the Director of the Penn Pain Medicine Center and was named to the Penn Academy of Master Clinicians in 2014.

Dr. Ashburn was a member of the Department of Anesthesiology at the University of Utah from 1987 – 2002 and served as Professor of Anesthesiology and Director of the Pain Management Center from 1996 - 2002. Dr. Ashburn was president of the American Pain Society from 2000 - 2002. In addition, Dr. Ashburn served on the Board of Directors of the Rehabilitation Accreditation Commission, (CARF) from 2001-2003, where he served as a member of 3 National Advisory Committees on Pain. Prior to joining the faculty at the University of Pennsylvania in 2007, Dr. Ashburn was the co-founder and Executive Vice President for Clinical and Regulatory Affairs for ZARS Pharma of Salt Lake City.

Dr. Ashburn was a Robert Wood Johnson Health Policy Fellow from 1995 - 1996, where he served as a health policy advisor for Senator Orrin Hatch (R, UT) in Washington, DC. He served as the Chairman of the Pain Care Coalition from 2000-2002, and as the chair of the Pennsylvania Pain Coalition from 2009 to 2012. Dr. Ashburn has served as an expert witness for the Drug Enforcement Agency, Federal Bureau of Investigation, and Department of Justice, as well as the states of Maryland and Pennsylvania.

Dr. Ashburn serves on the editorial board for Pain Medicine and The Journal of Opioid Management. He has been active in clinical research, mainly centered on the development of outcome measurement systems for chronic pain and palliative care, the integration of specialty care into primary care practice through the patient-centered medical home model of care, the study of non-invasive drug delivery systems, and the conduct of safety and efficacy trials intended to evaluate a drug or device for the treatment of pain.